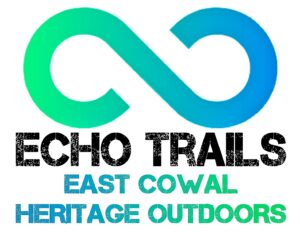 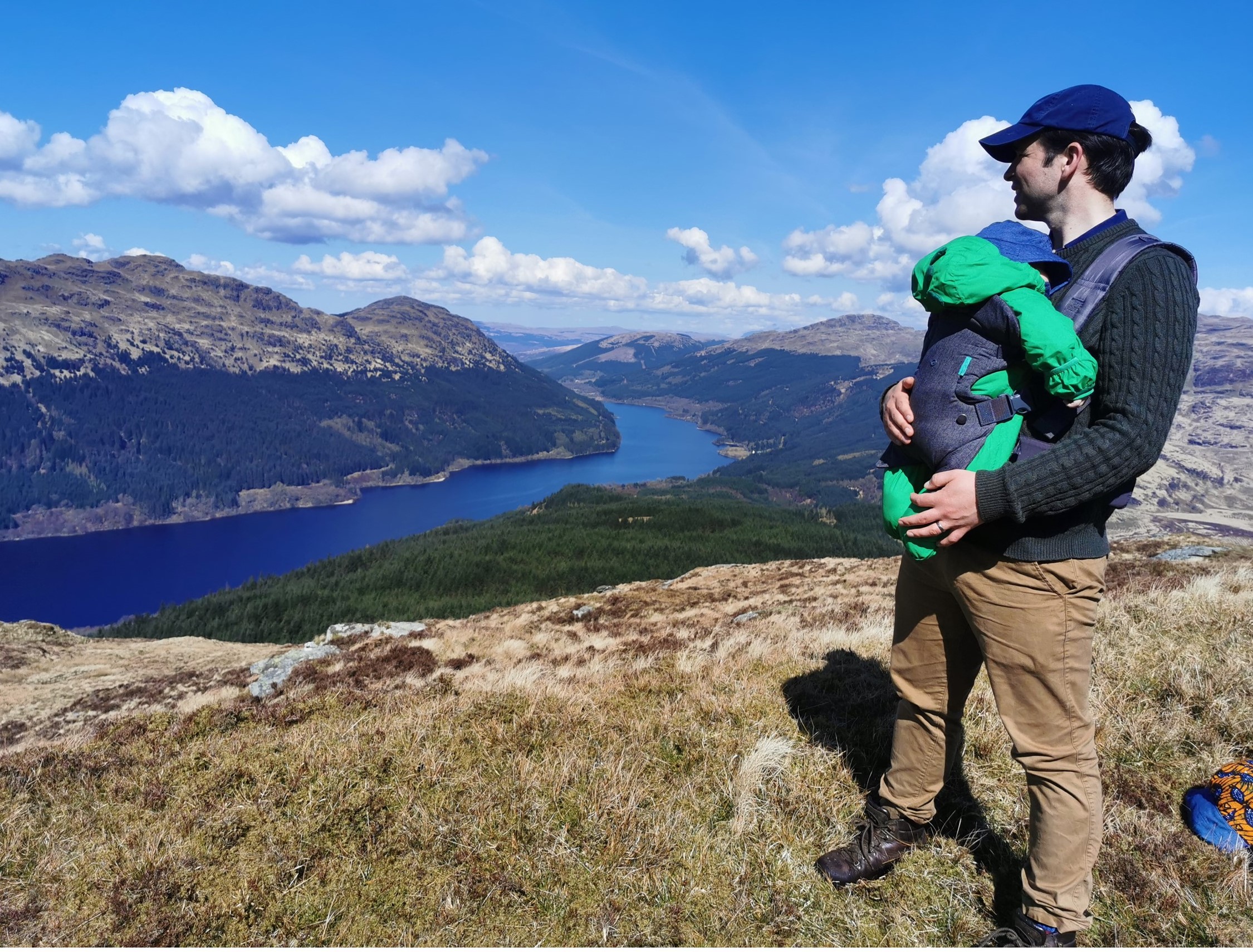 Puck, the mischievous sprite from Shakespeare’s Midsummer Night’s Dream, would be suitably impressed by the idyllic Argyll woodland trail that bears his name.

Puck’s Glen, just a five minute drive from Dunoon with its ferry links to Greenock and Gourock, is one of a number of historical and natural landmarks that form part of the East Cowal Heritage Outdoors (ECHO) trails.

Dotted around a small peninsula that forms part of the spectacular but little known Cowal region of Argyll, the ECHO Trails represent an effective ‘packaging’ of an area that really could lay claim to being a geographical and geological gateway to the Scottish Highlands. The project was officially launched in July 2022 with the help of partner organisations that include the Loch Lomond & Trossachs National Park, Forestry & Land Scotland, Historic Scotland and the Argyll & Isles Tourism Co-operative.

Accessed by both foot passenger and car ferries from Greenock and Gourock respectively, as well as by car through the stunning Rest & Be Thankful mountain pass, east Cowal comprises of a number of small settlements including Kilmun, Ardentinny, Strone, Blairmore and Lochgoilhead and loops around the banks of Holy Loch and Lochs Long, Goil and Eck.

This is an area, originally part of the kingdom of Dalriada, that has played a pivotal role in the moulding of Scotland through the ages with early Christian faith playing a part alongside some truly grim and gruesome clan rivalries.

The gorge that Puck’s Glen meanders through was developed by the Laird of Benmore, James Duncan, in the 1870s. The 2.8km walkway, categorised as a strenuous trail, is an enchanting and mystical journey through a lush habitat that’s rich in mosses and ferns and punctuated with delightful waterfall after delightful waterfall. It also showcases the finest aspects of the Argyll Forest, the UK’s oldest managed forest that dates back to the 1930s.

Just down the road in Kilmun there’s a clearly signposted arboretum with a number of walking trails of differing length and challenge that features trees from five different continents. It’s a showroom, if you like, for the forest as a whole but one that reflects the international roots associated with Argyll and this corner of Cowal specifically.

There’s Elizabeth Blackwell for starters. Starter of a revolution in the field of healthcare as well as being a social reformer and genuine changemaker. She forged a path in the mid 19th century as one of the first female doctors in the world, opening up opportunities for millions of women ever since and breaking down barriers wherever she worked in the US, France and across the UK.

Elizabeth was laid to rest just a few yards beyond the arboretum at St Munns Church, now home to the Historic Kilmun community and heritage organisation. It also hosts Faith in Cowal, an organisation that’s established a number of popular pilgrimage trails across the entirety of the Cowal peninsulas.

There’s a wealth of local stories to be found at this church-come-museum with visitors exploring Kilmun’s fascinating heritage as well as the resting place for countless Dukes of Argyll and Campbell clan chiefs.

Further on down the A880 coast road, pier pressure begins to tell with Kilmun, Strone and Blairmore’s marine promontories piercing the shoreline of the Holy Loch and Loch Long. All date back to the Victorian era when this part of the world became the ‘go to’ place for thousands of Glaswegians. They still do but are now joined by visitors from across the UK and much further afield enticed by that mystical grip that Scotland’s lochs and mountains exert on the human soul.

Further on, the village of Ardentinny has a wealth of history and nature to draw the visitors in. From the beach, a wild camping magnet for responsible campervanners with a network of different walks, to the Dun Daraich stone age fort that’s all but hidden from sight.

From here, overlooking the Coulport nuclear submarine base, there’s a 5 mile shoreline walk to the 17th Century Carrick Castle, now a private residence but another site resonant in conflict as a focal point for the many grisly feuds between the Campbell and the Lamont clans. Time it right and you’ll be able to get the minibus back!

Follow the road over to the Whistlefield Inn and you’ll be rewarded with some truly iconic vistas over Loch Eck. It’s money shot after money shot for those photographers with a fondness for exquisite natural compositions…as well as a decent pint and quality food in what is a supremely located, 17th Century drover’s inn! It’s up there with the Clachaig in Glencoe and the Sligachan on Skye as Scotland’s finest hostelries.

Turn right here onto the A815 and you’ll soon be at Lauder Monument, an impressively positioned shrine to John Lauder, a victim of World War One and son of Harry Lauder who purchased the Glenbranter estate in 1916. Harry was an international superstar at the turn of the 20th Century, performing all over the world and becoming the highest paid entertainer on the planet.

Glenbranter, just beyond the conclusion of Loch Eck, also offers a range of paths for all abilities that snake their way through a vibrant forestscape.

Head back towards Dunoon past another exquisite, picture postcard hostelry, the Coylet Inn. You’ll soon be back at Puck’s Glen but not before coming across the fantastic Benmore Gardens. It’s a large botanical paradise spread across the foothills of Beinn Mhòr and a heavenly haven for anyone with a passion for plants in their myriad forms.

There are 10 key locations within the ECHO Trails along with a number of places of interest as well as woodland walks, hikes and cycling trails across this small part of a small part of Argyll. There is so much to see and do in what is a microcosm of everything Scottish Highlands…but a wee bit closer to home.

When describing the humans entering his woodland fairy realm, Puck utters one of his most famous lines “What fools these mortals be”. You’ll beg to differ. Spend a few days exploring this forested and loch fringed world and you’ll be feeling far from foolish …and decidedly pucker!

A free app “ECHO Trails” is also available to download 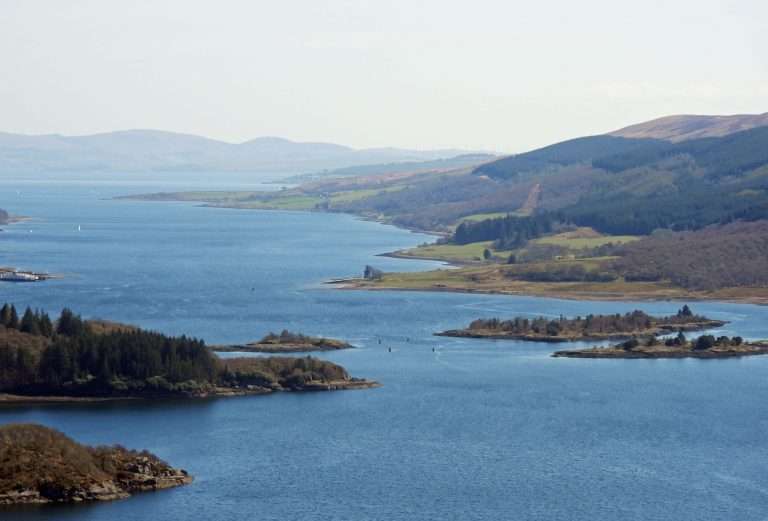 Cowal Open Studios weekend (23-26 Sept) The spectacular Cowal peninsula in Argyll, just an hour or so west of Glasgow, is where the sea lochs shape reality and the mountains get big! It’s also an area that’s played a pivotal part in Scottish history with landmarks aplenty.  Entirely apt then that a growing number of… 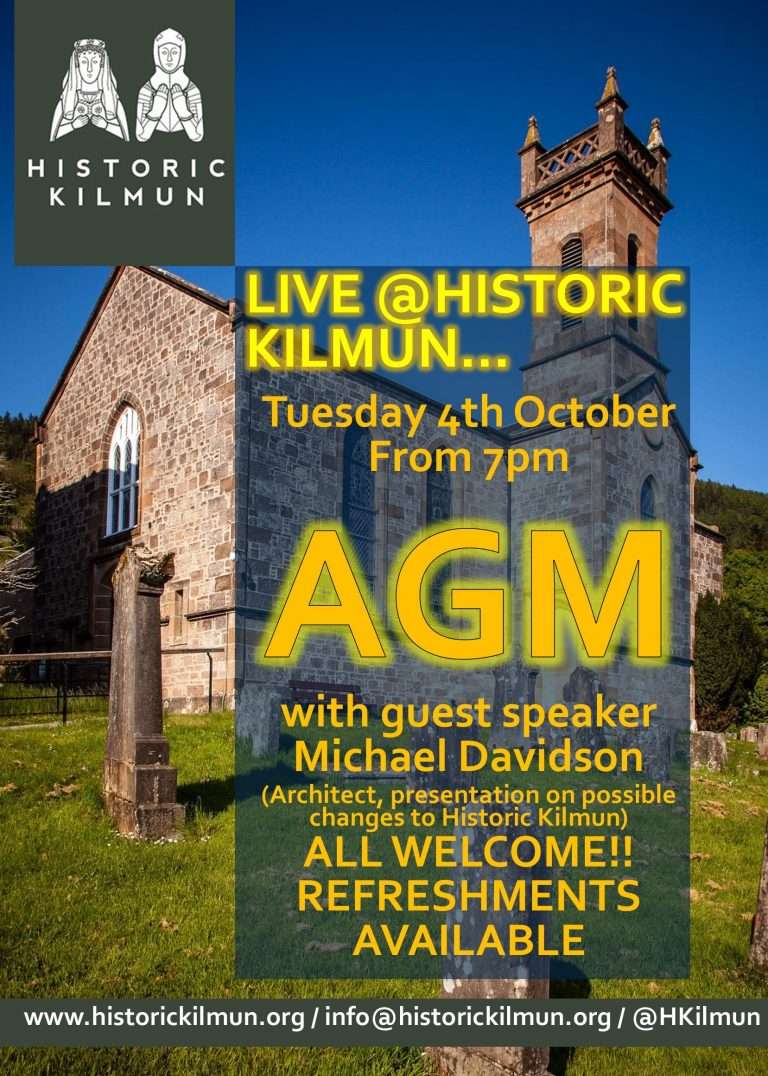 Historic Kilmun will be holding its Annual General Meeting on Tuesday 4th October from 7pm and will include a guest speaker presentation from architect Michael Davidson on proposed improvements and adaptions to the historic venue. Michael explained: “We will be holding a community conversation about the improvement and adaptation of the building to meet the… 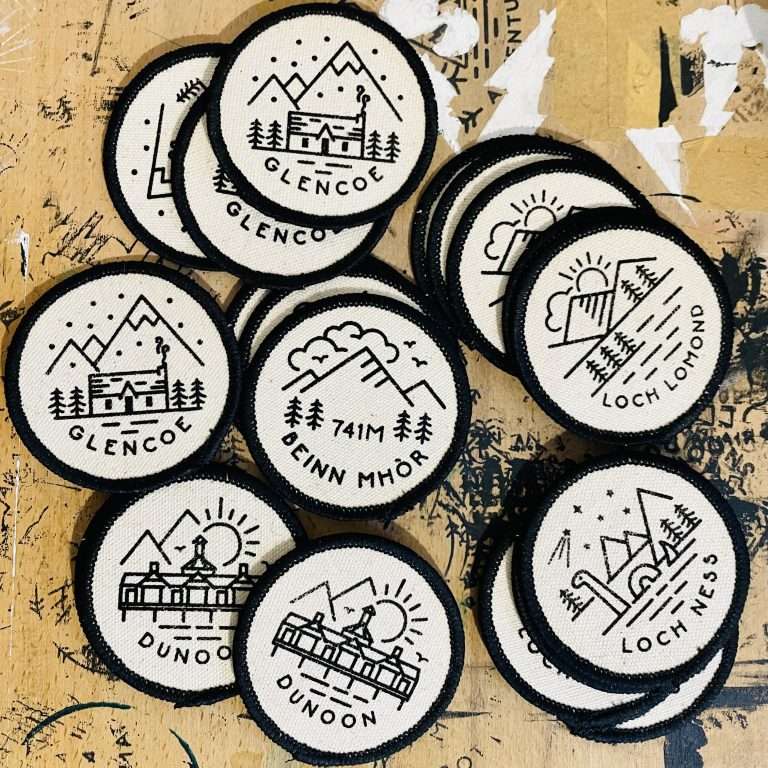 Graphic artist Katie Edge Mellor, a recent arrival to Argyll’s Cowal peninsula from Sheffield, is forging her own, unique way in the world of creative arts. A member of the burgeoning Cowal Open Studios (COS) artists’ network, Katie is heavily committed to adopting an environmentally friendly approach to every aspect of her commercial work and… 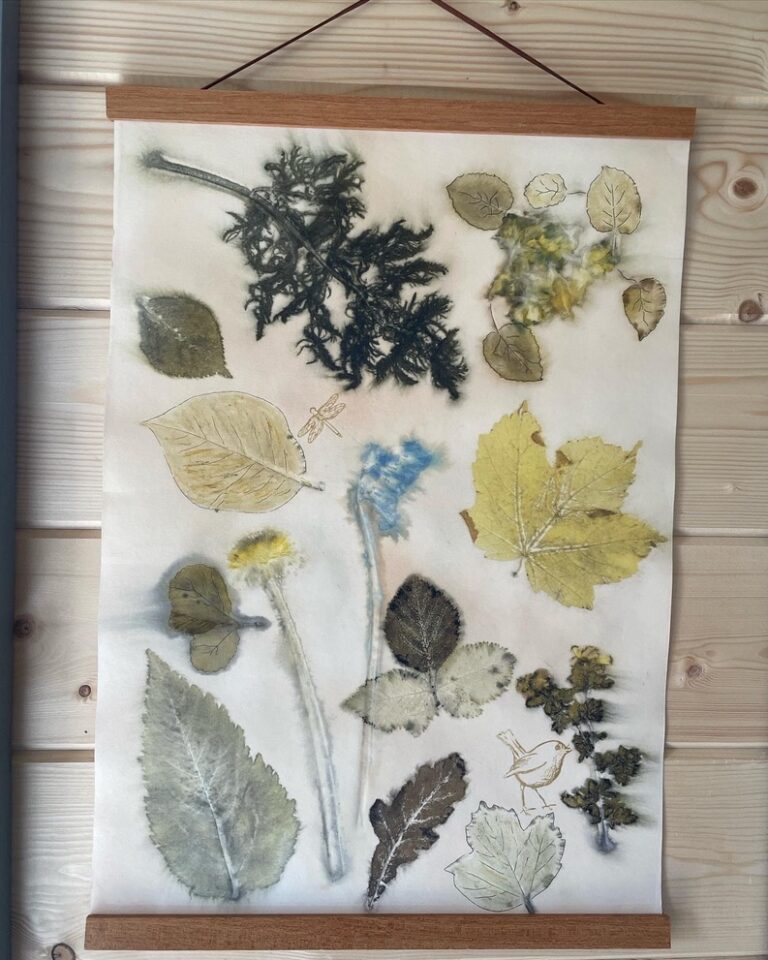 The Cowal Open Studios artists’ network is linking up with the ECHO Trails to showcase the work of artists across the area at Historic Kilmun on the 24th and 25th of September. Here we profile the innovative fibre art of Cowal resident Mhairi Scott.  Cowal move pays off for fibre artist Mhairi Moving to Argyll’s… 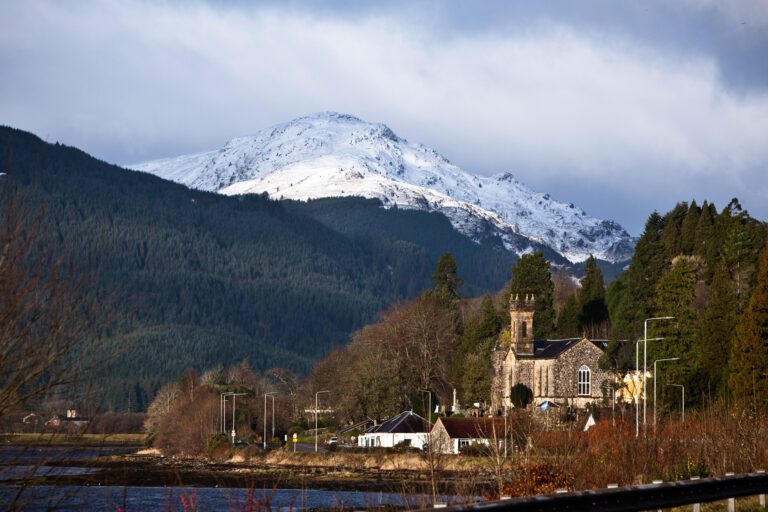 The ECHO Trails is hoping to produce a 2023 calendar that highlights the east Cowal peninsula throughout the year with all proceeds from sales going towards the Dunoon foodbank project. If you have any photos you’ve taken throughout the year that showcase our magical part of the world and would like to be considered for…